THE NOT SO SWEET TRUTH ABOUT ARTIFICIAL SWEETENERS FOR DOGS 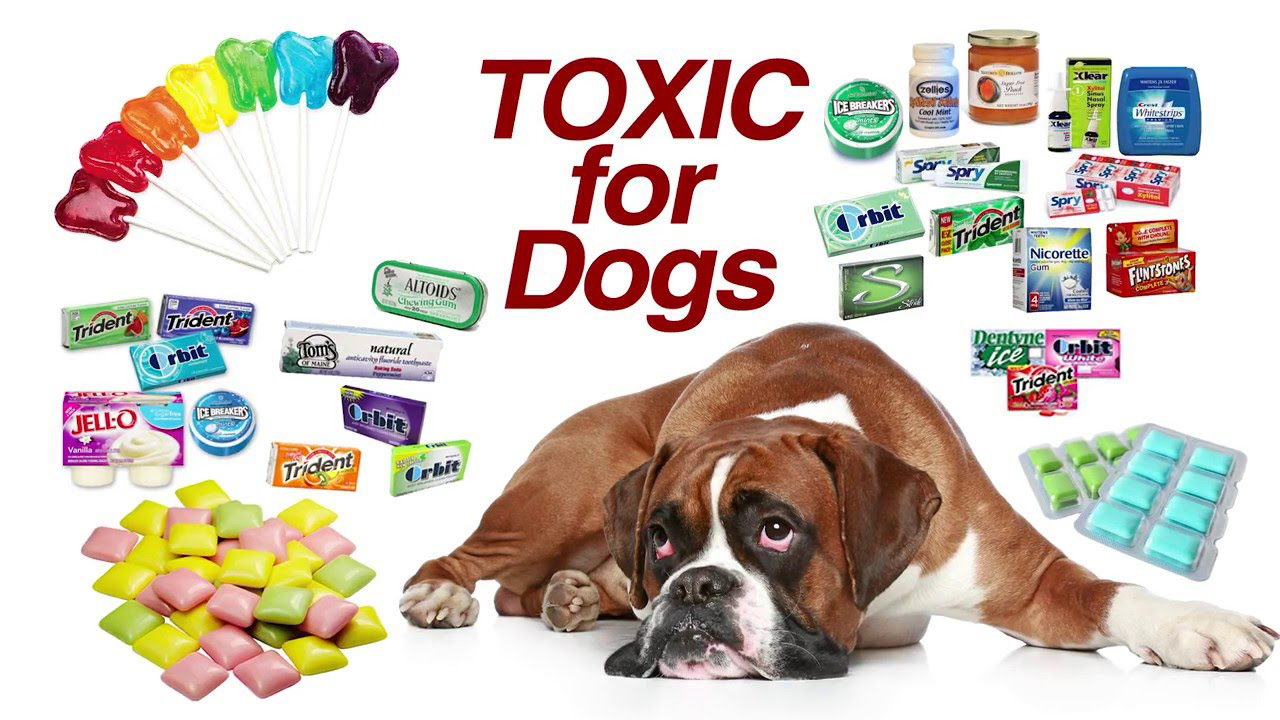 Your six-month-old puppy, Hoover, will eat anything that isn’t tied down. Like many dog owners, you know chocolate can be dangerous to your pooch. But you may not know that if Hoover sticks his nose in your handbag and eats a pack of sugarless chewing gum, the consequences could be deadly.

Sugarless gum may contain xylitol, a class of sweetener known as sugar alcohol. Xylitol is present in many products and foods for human use, but can have devastating effects on your pet.

If you think your dog may have eaten a product containing xylitol, call your vet, emergency clinic, or animal poison control center right away.

In the canine body, the pancreas confuses xylitol with real sugar and releases insulin to store the sugar. The problem is that xylitol does not offer the extra calories of sugar and the rush of insulin only serves to remove the real sugar from the circulation. Blood sugar levels plummet resulting in weakness, disorientation, tremors, and potentially seizures.

It does not take many sticks of gum to poison a dog, especially a small dog (see below for toxic doses). Symptoms typically begin within 30 minutes and can last for more than 12 hours but, since xylitol can be absorbed into the body slowly, symptoms may not begin until 12 hours after the xylitol was eaten. Symptoms begin with vomiting and then progress to incoordination, collapse, and seizures.

The other reaction associated with xylitol in dogs is destruction of liver tissue. How this happens remains unknown but the doses of xylitol required to produce this effect are much higher than the hypoglycemic doses described above. Signs take longer to show up (typically 8-12 hours) and surprisingly not all dogs who experience hepatic necrosis will have had hypoglycemia first. A lucky dog experiences only temporary illness but alternatively, a complete and acute liver failure can result with death following. Internal hemorrhage and inability of blood to clot is commonly involved.

How Much Xylitol Is Too Much?

The hypoglycemic dose of xylitol for dogs is considered to be approximately 0.075 – 0.1 grams per kilogram of body weight (about 0.03 – 0.045 gram per pound). Chewing gum pieces have surprisingly variable amounts of xylitol depending on their flavor. (For example, most flavors of Orbit gum have about 0.009 grams of xylitol but their strawberry mint flavor has over 0.3 grams per piece). A small dog can easily be poisoned by a single stick of gum depending on the flavor, how much the dog ate, and the size of the dog.

Ideally, the patient can be seen quickly (within 30 minutes) and can be made to vomit the gum or candy. Beyond this, a sugar IV drip is prudent for a good 24 hours. Liver enzyme and blood clotting tests are monitored for two to three days. Blood levels of potassium are ideally monitored as well. Elevated blood phosphorus levels often bode poorly, and patients that develop hepatic necrosis usually do not survive.

Gum isn’t the only product containing xylitol. Slightly lower in calories than sugar, this sugar substitute is also often used to sweeten sugar-free candy, such as mints and chocolate bars, as well as sugar-free chewing gum. Other products that may contain xylitol include:

• some peanut and nut butters

Xylitol can be used in baked goods, too, such as cakes, muffins, and pies — often because the baker is substituting another sweetener for sugar, as in products for people with diabetes. People can buy xylitol in bulk to bake sweet treats at home. In-store bakeries also are selling baked goods containing the sweetener. Some pediatric dentists also recommend xylitol-containing chewing gum for children, and these products could end up in a dog’s mouth by accident. It’s a good idea to keep all such products well out of your dog’s reach.